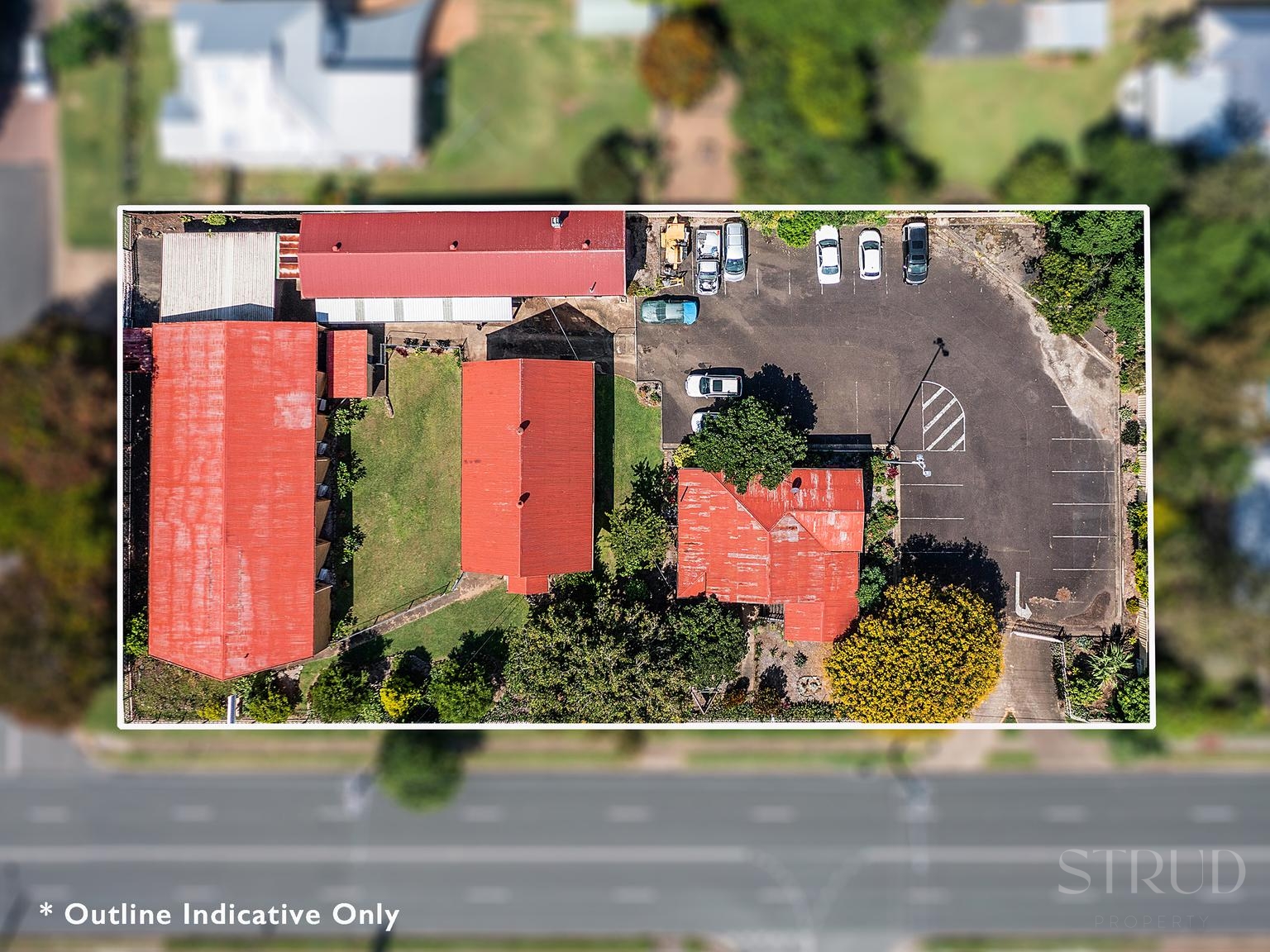 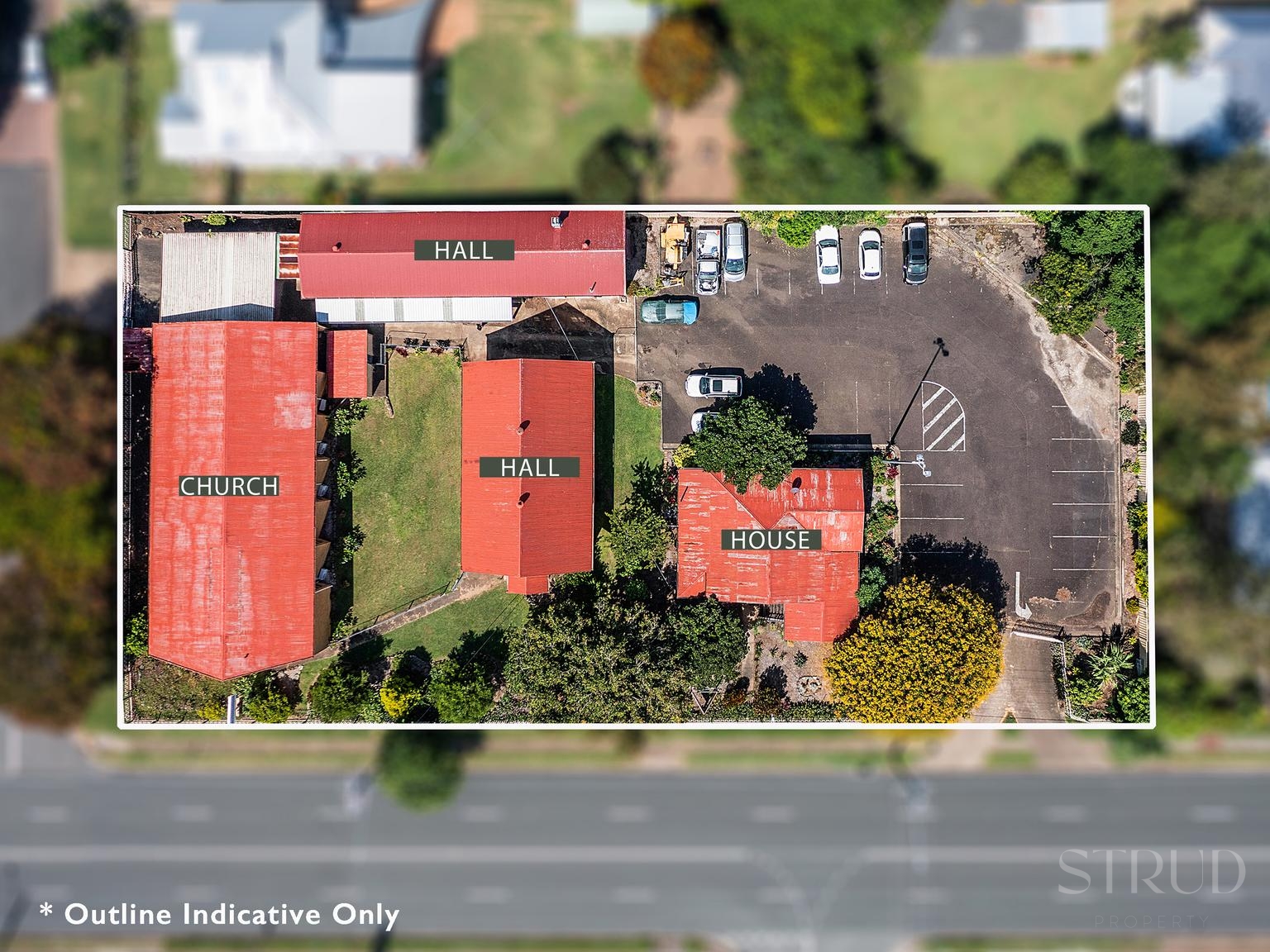 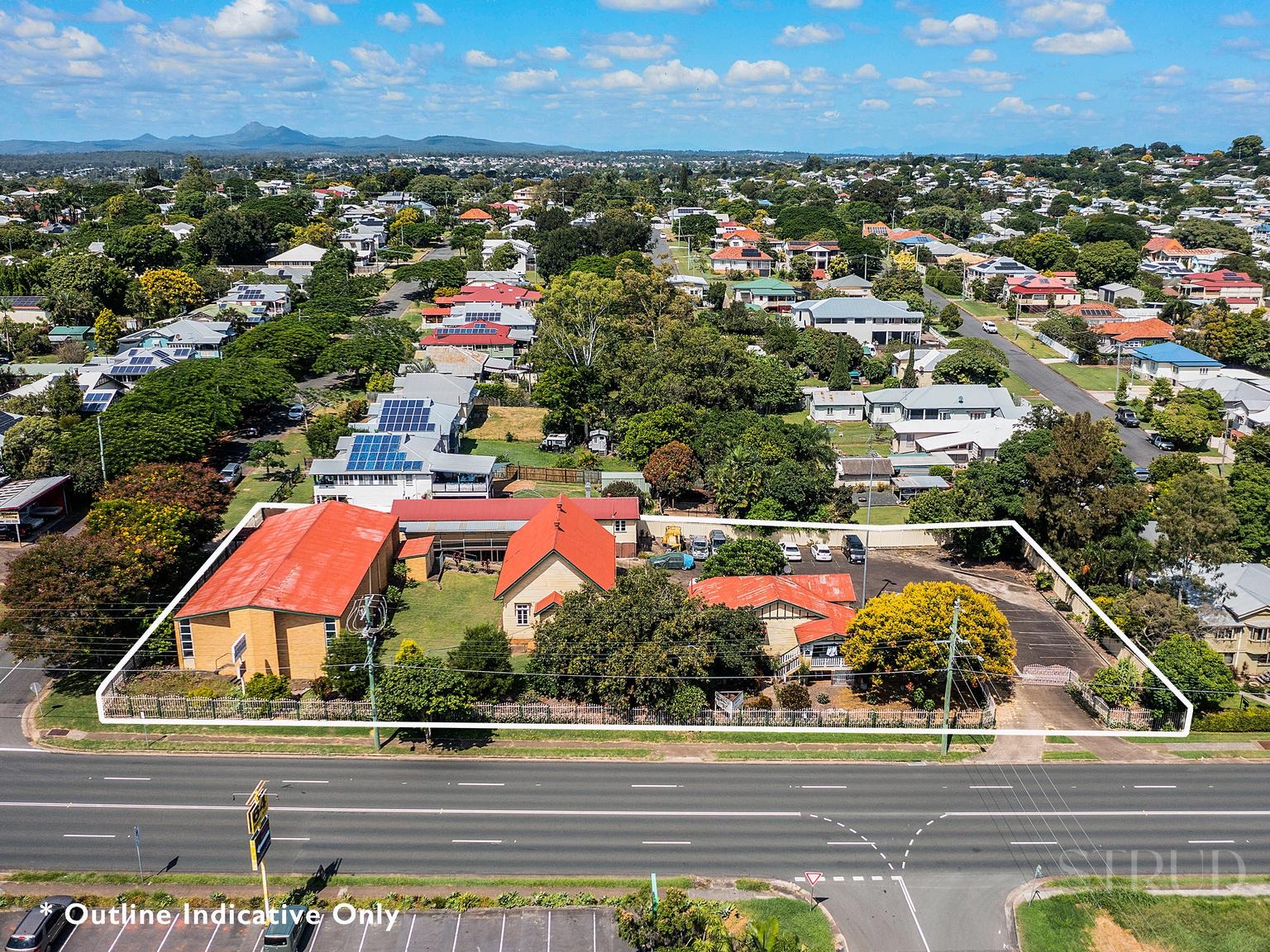 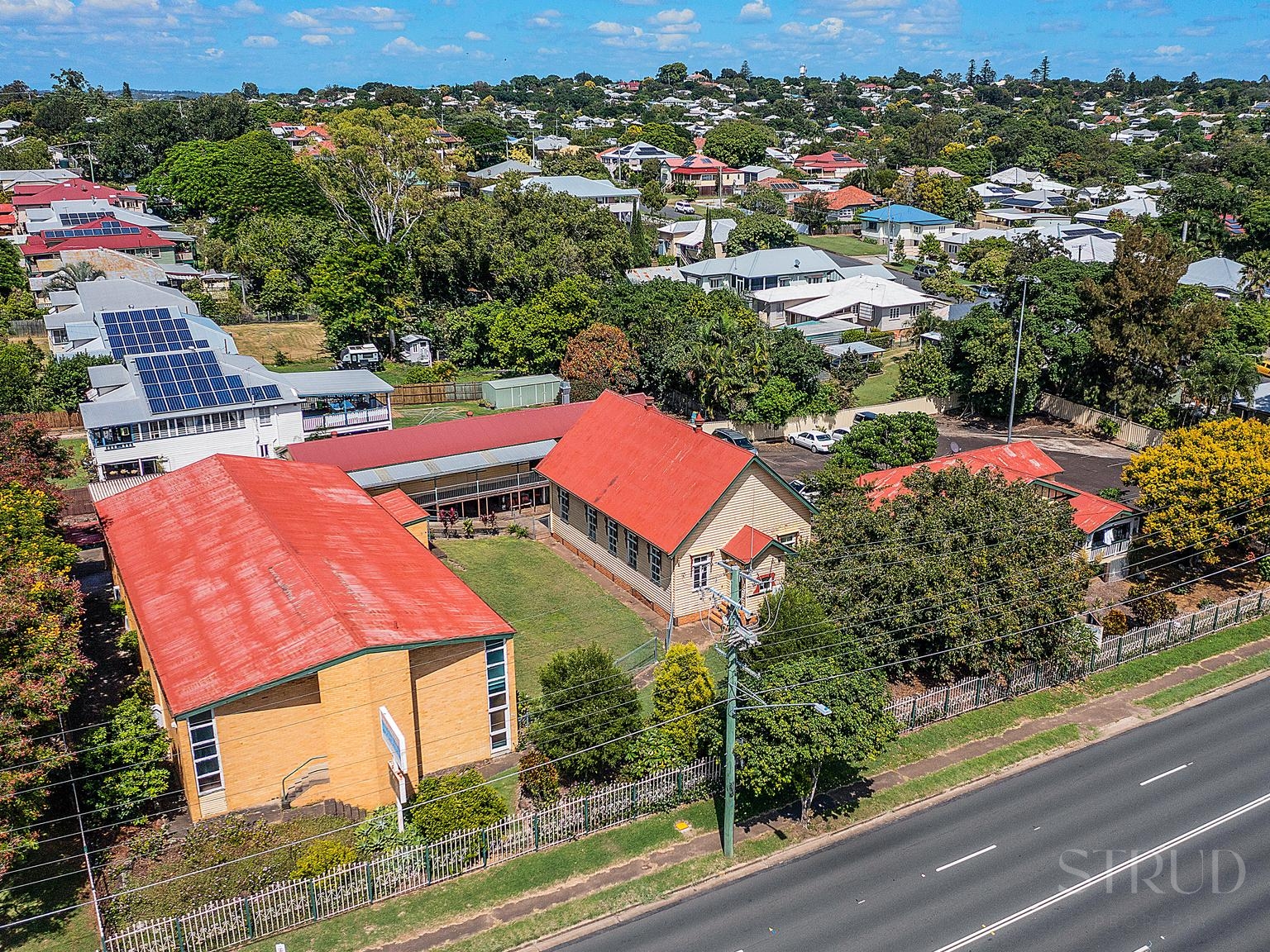 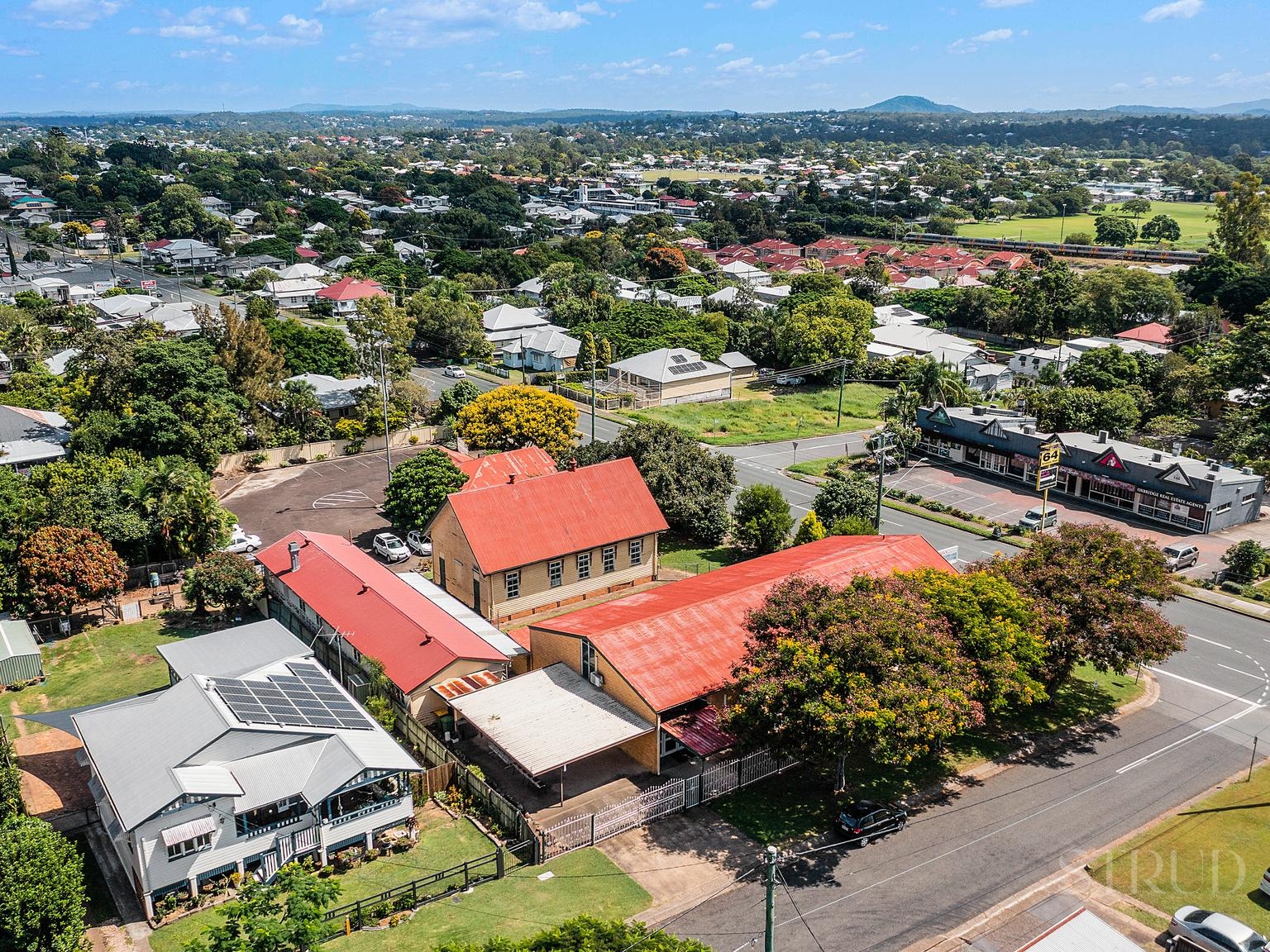 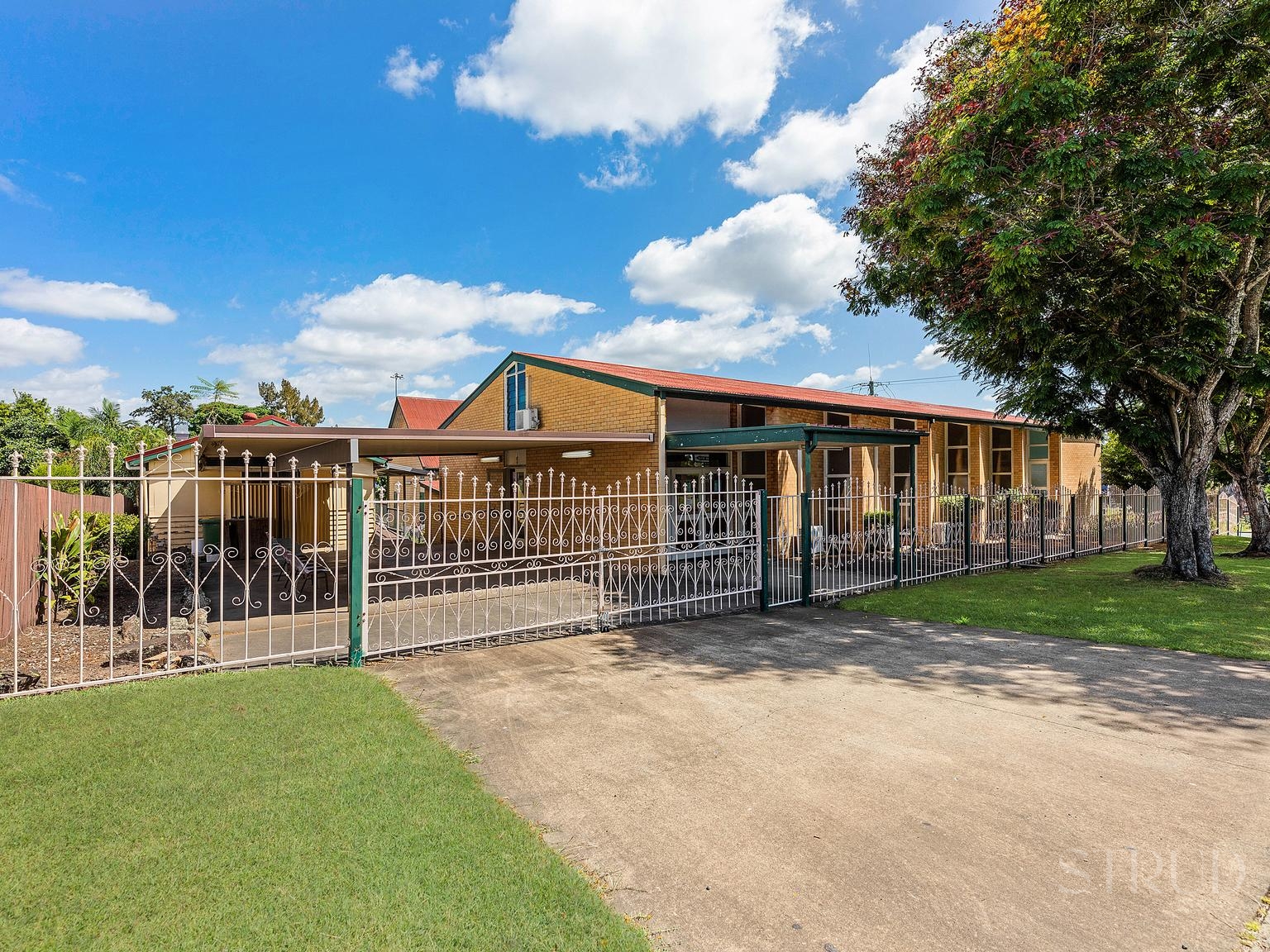 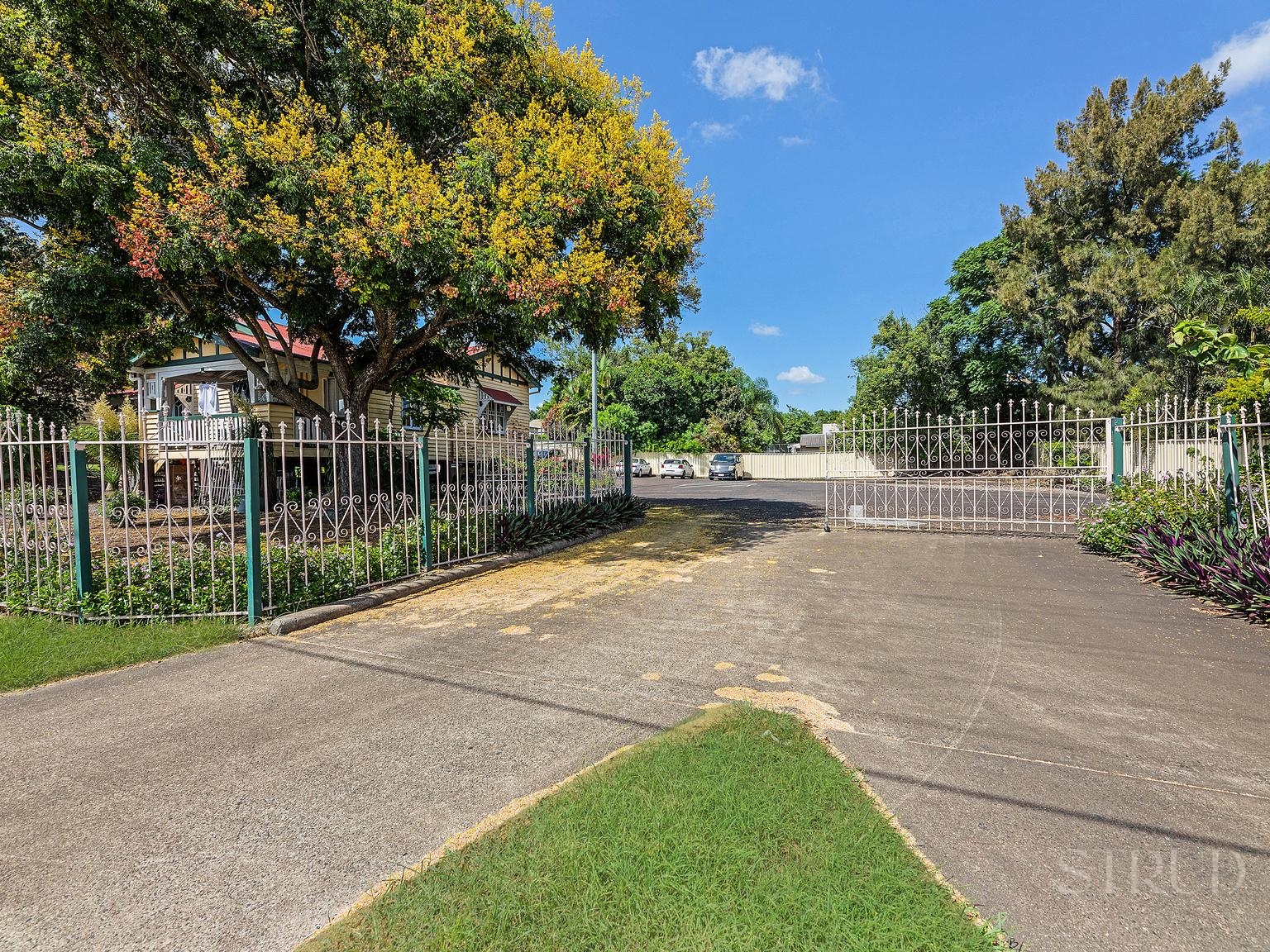 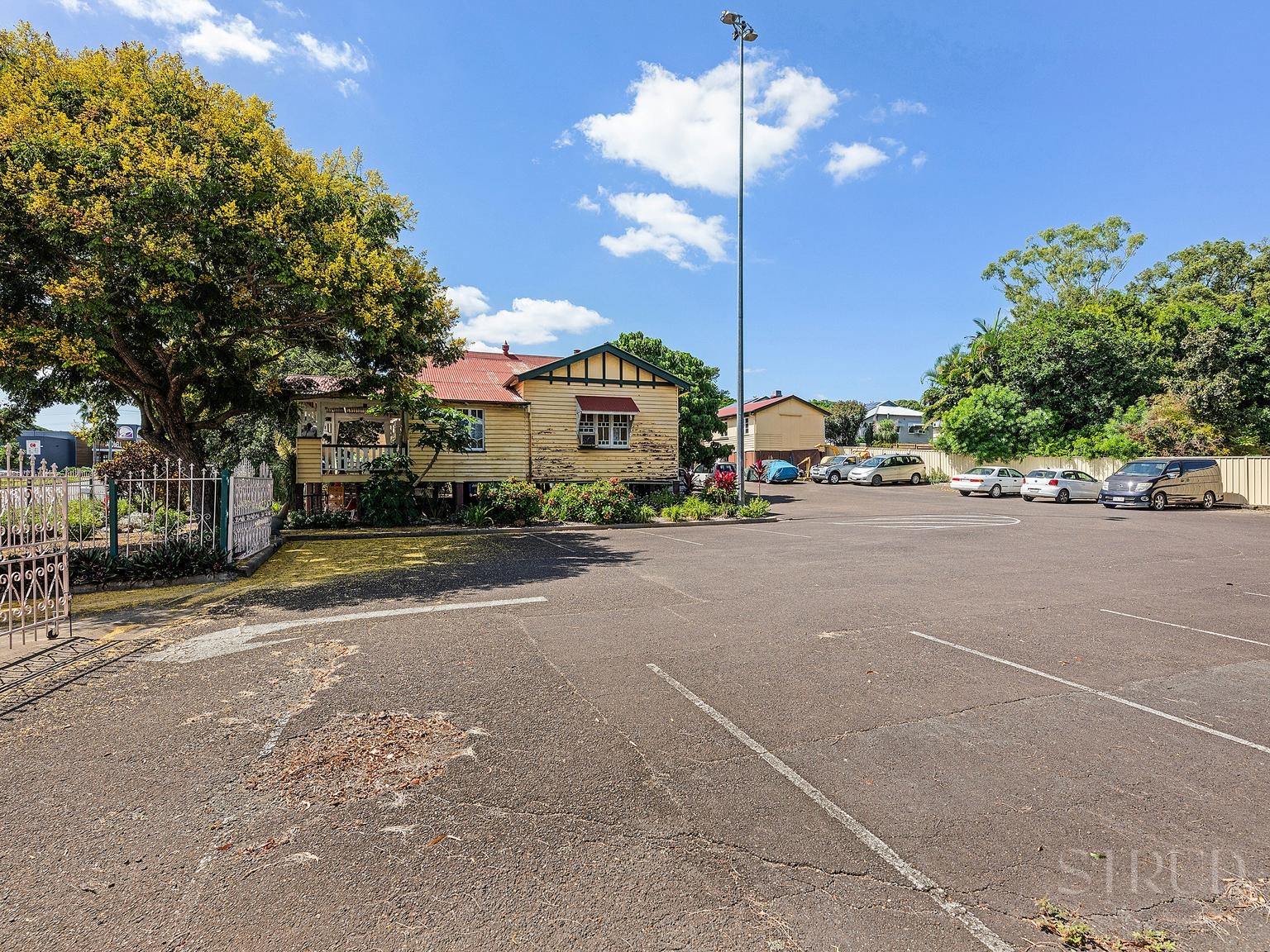 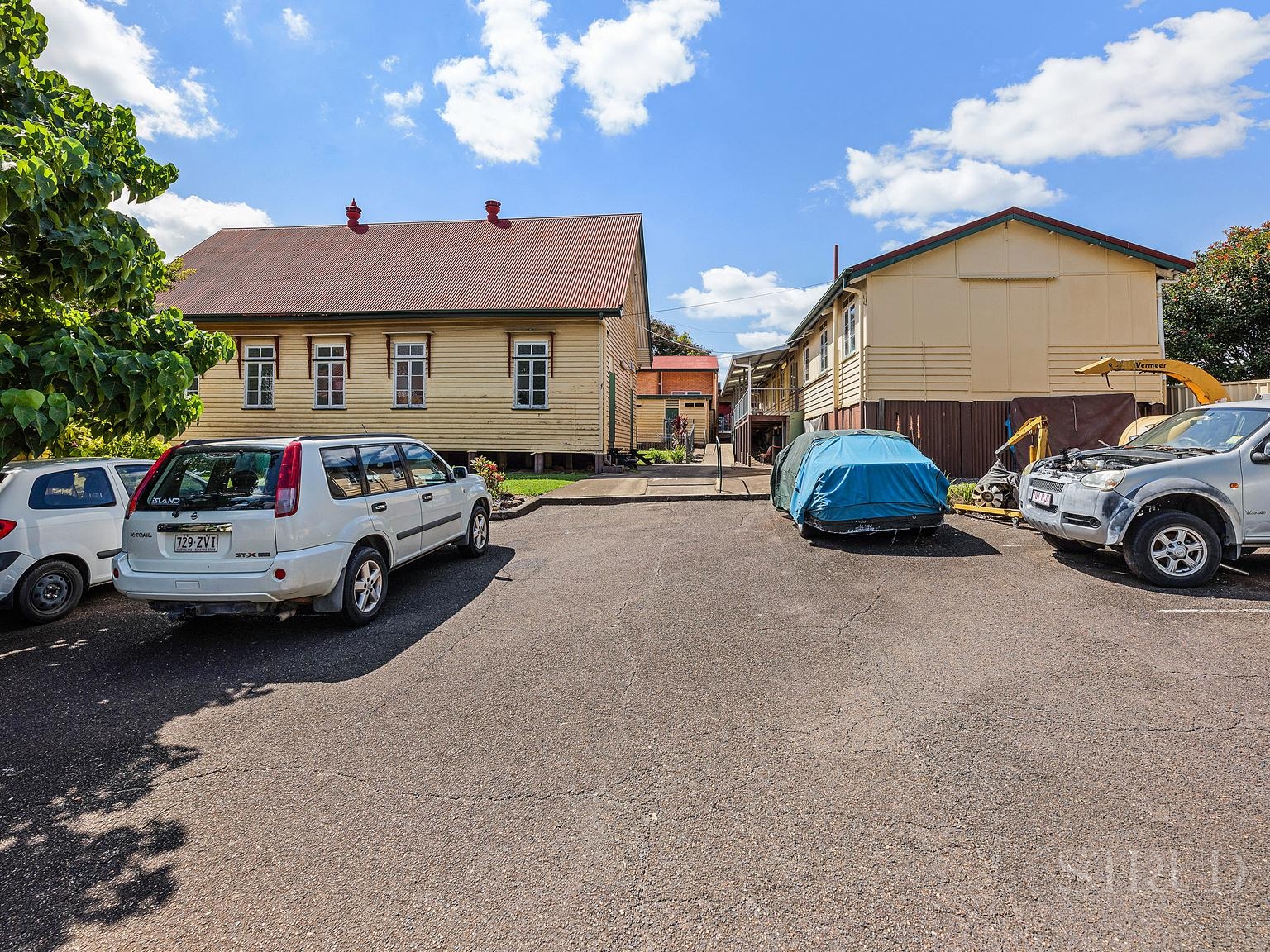 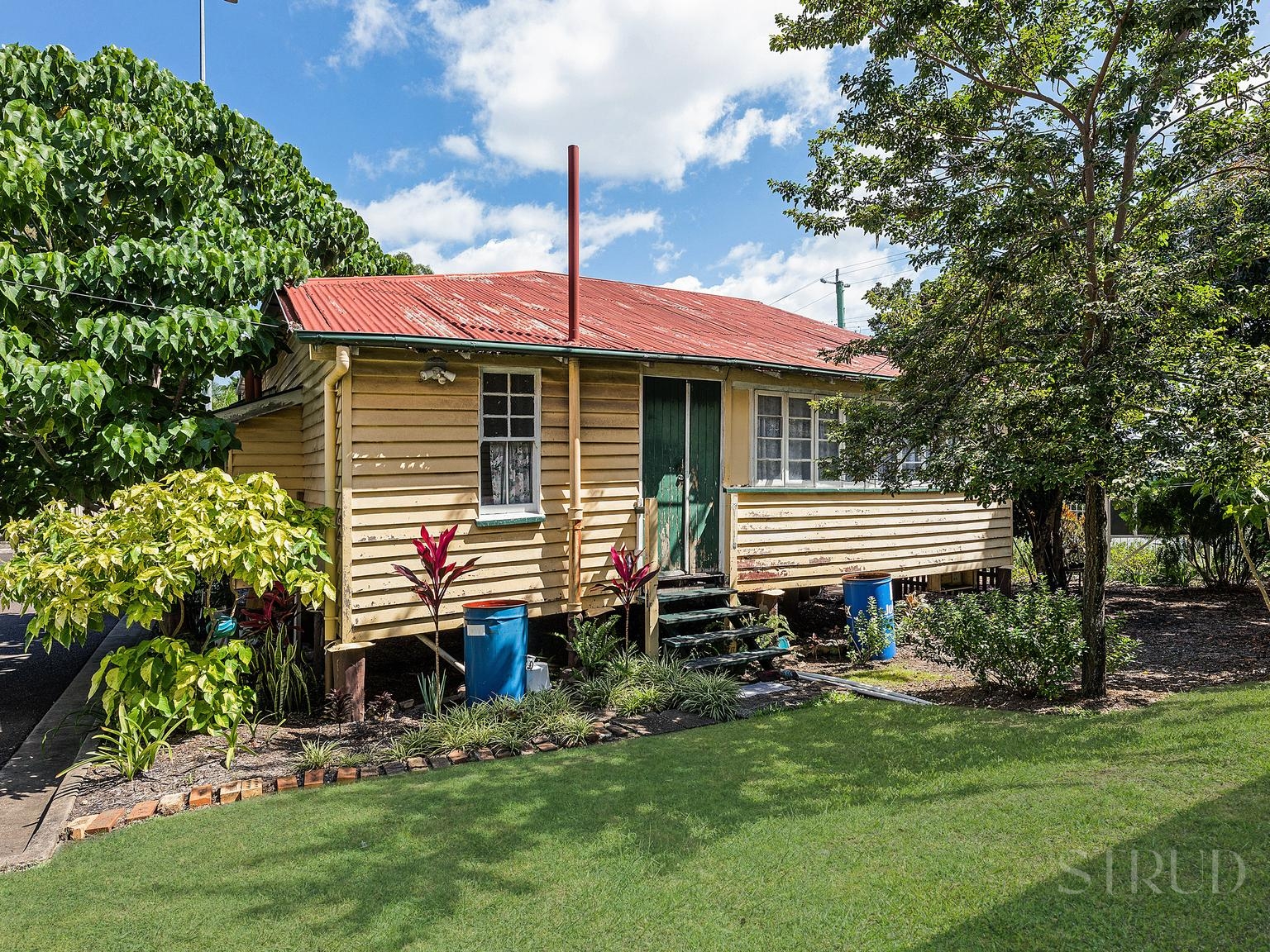 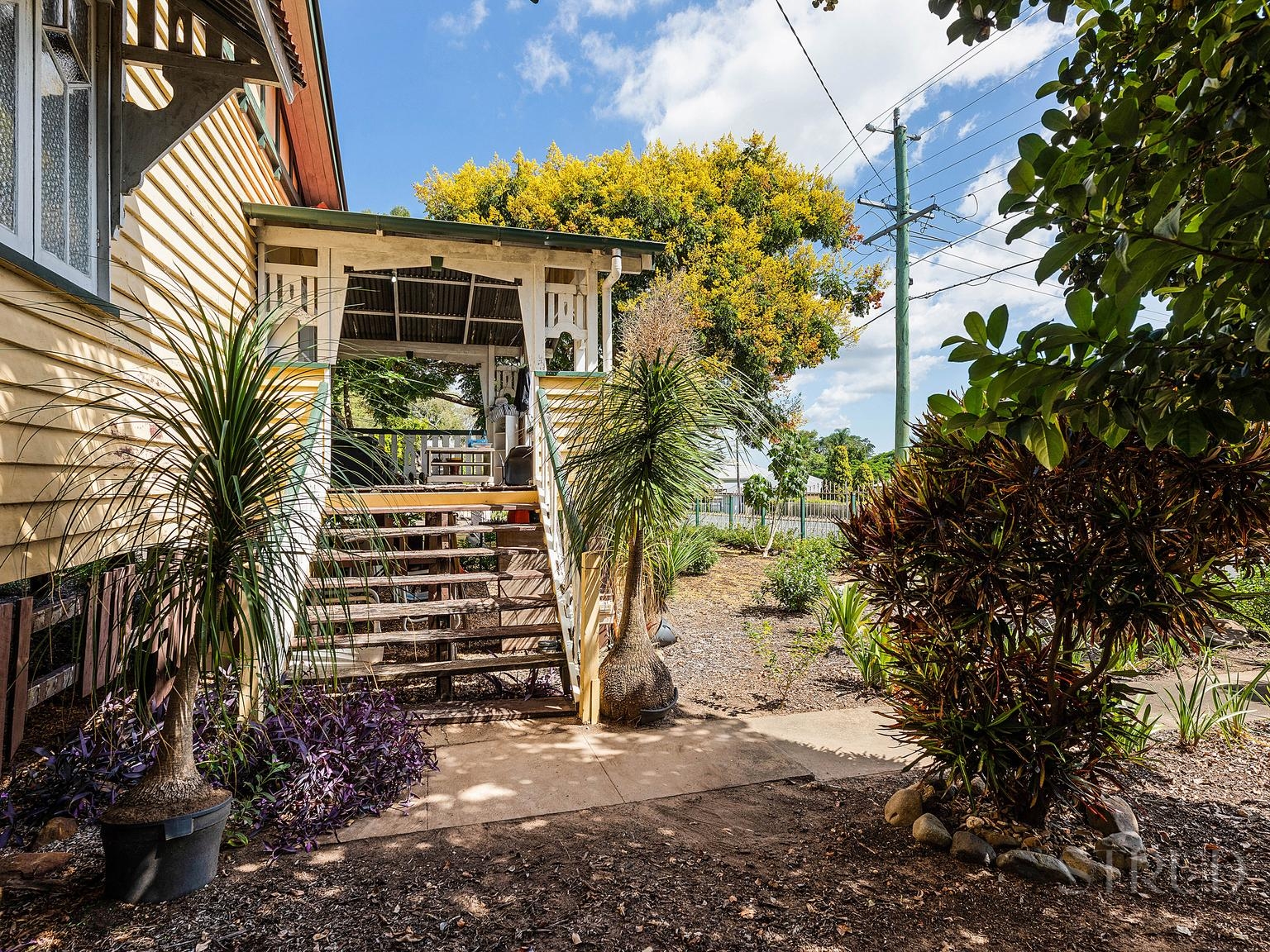 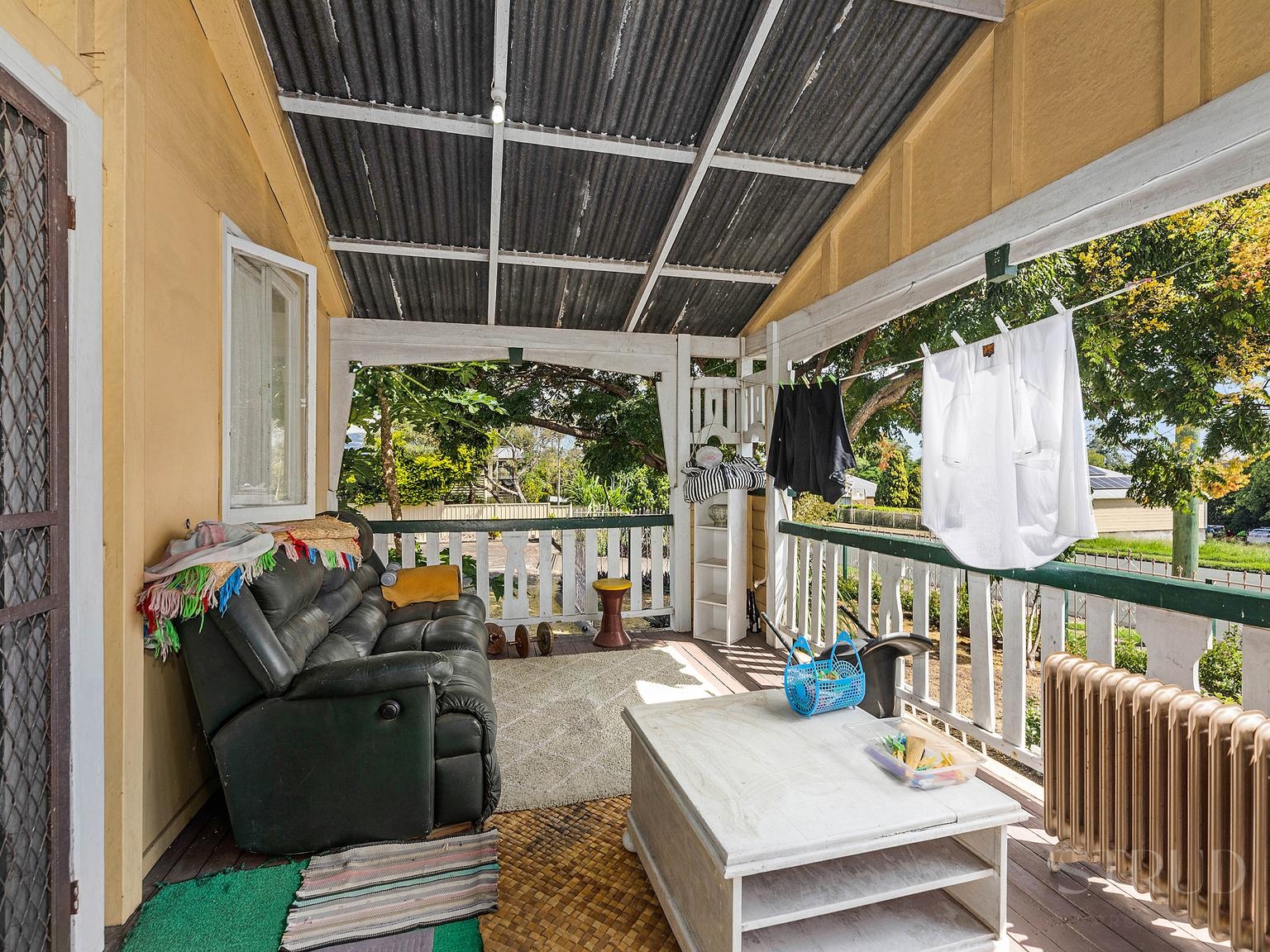 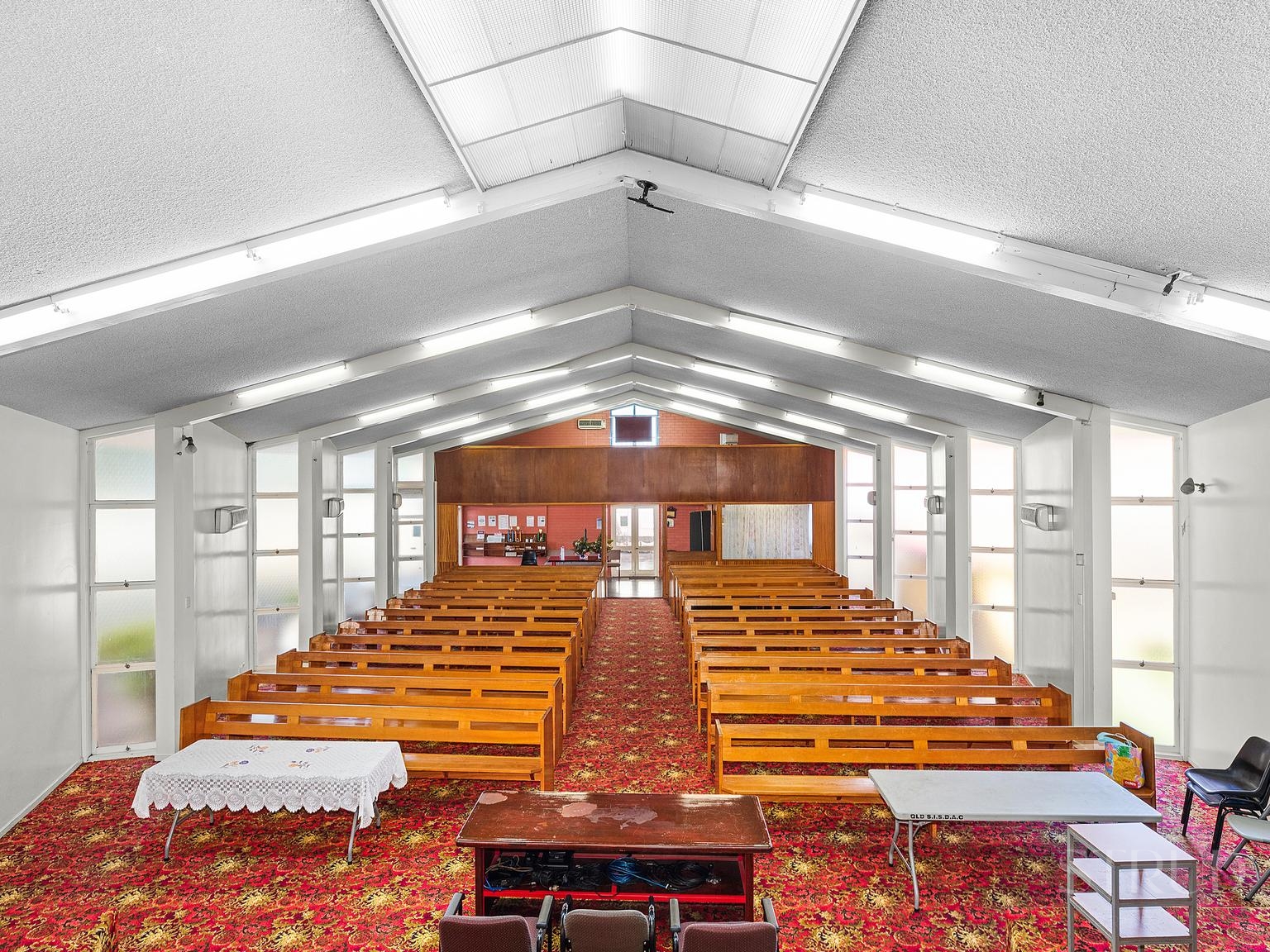 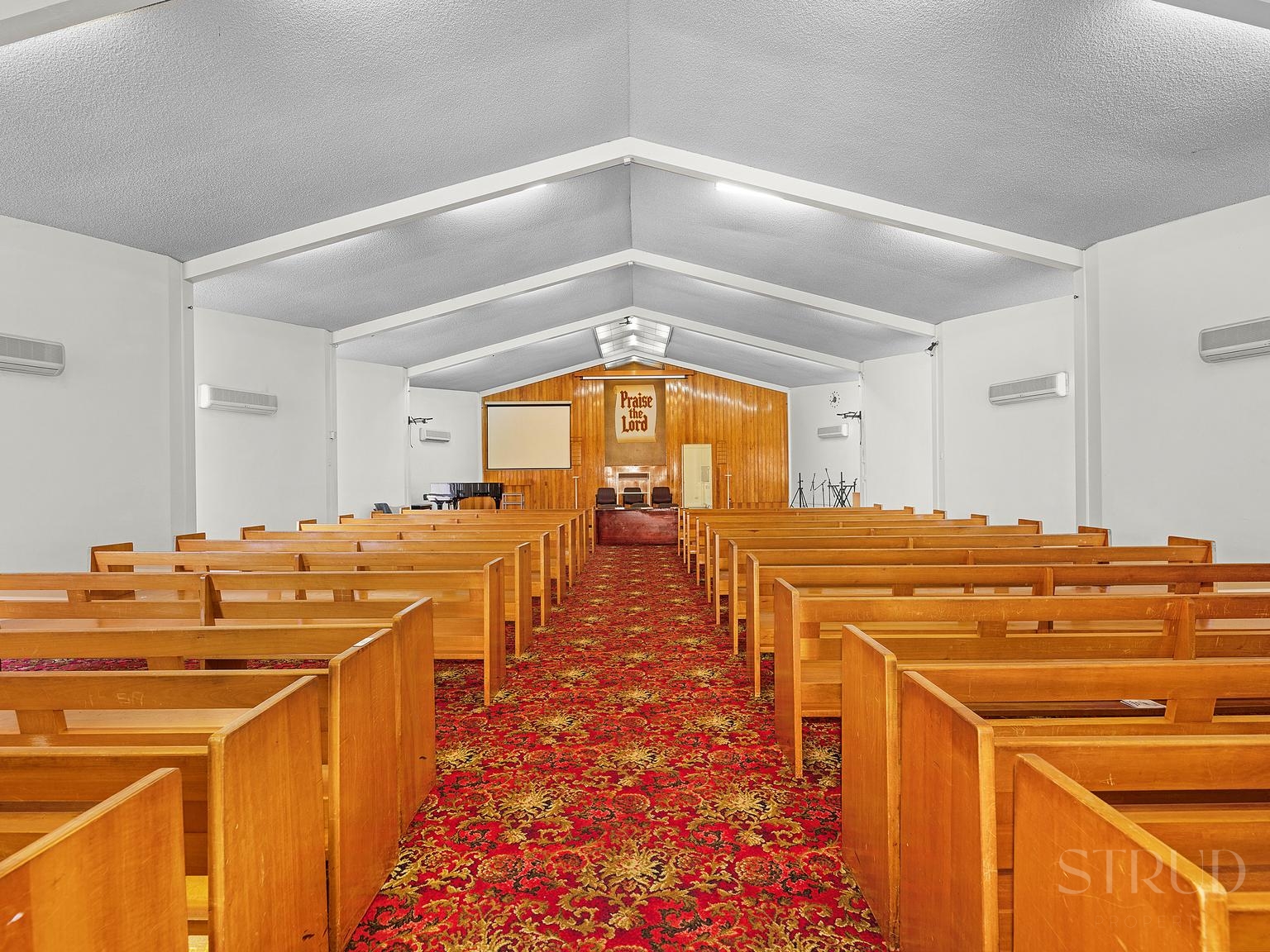 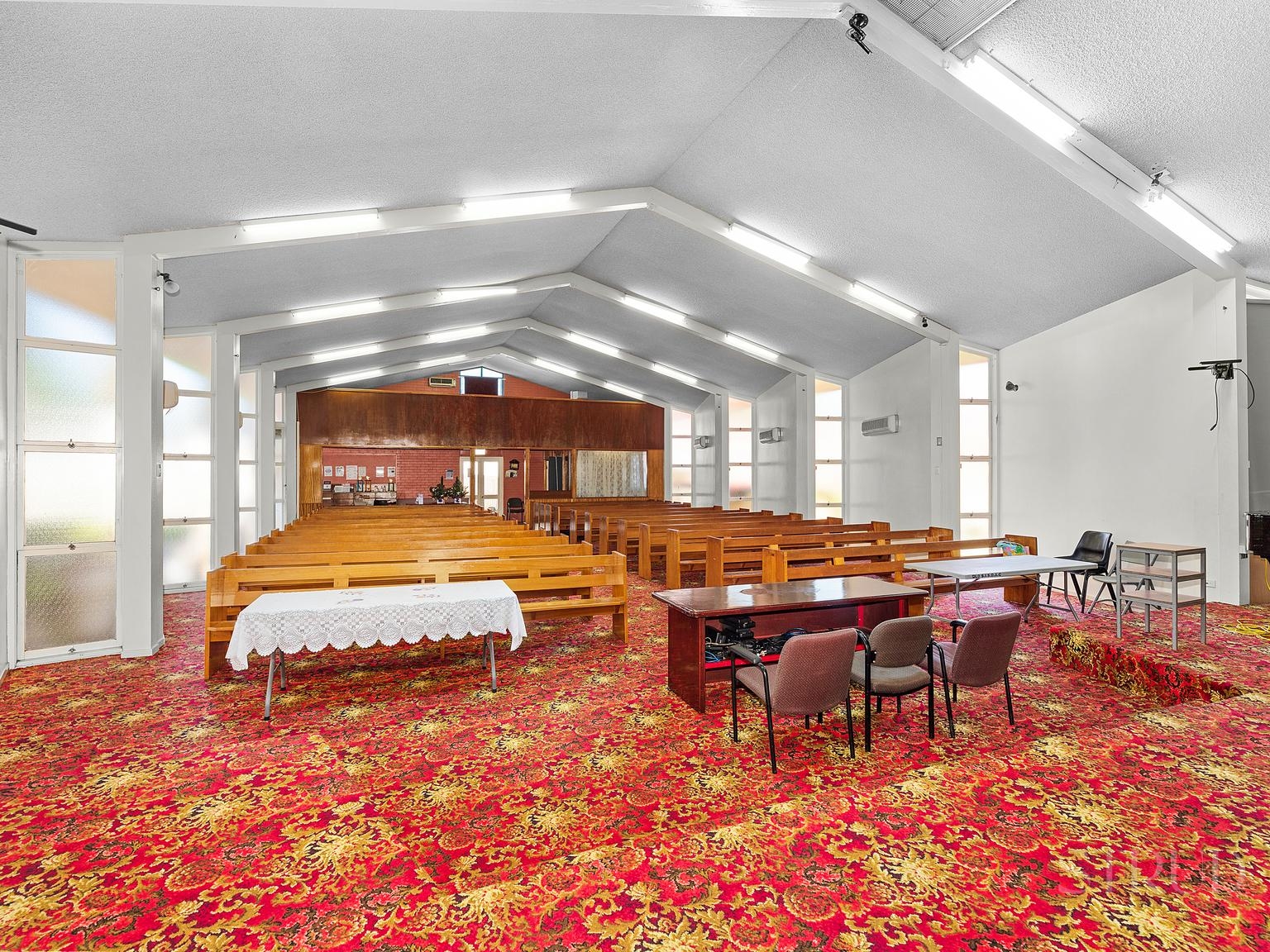 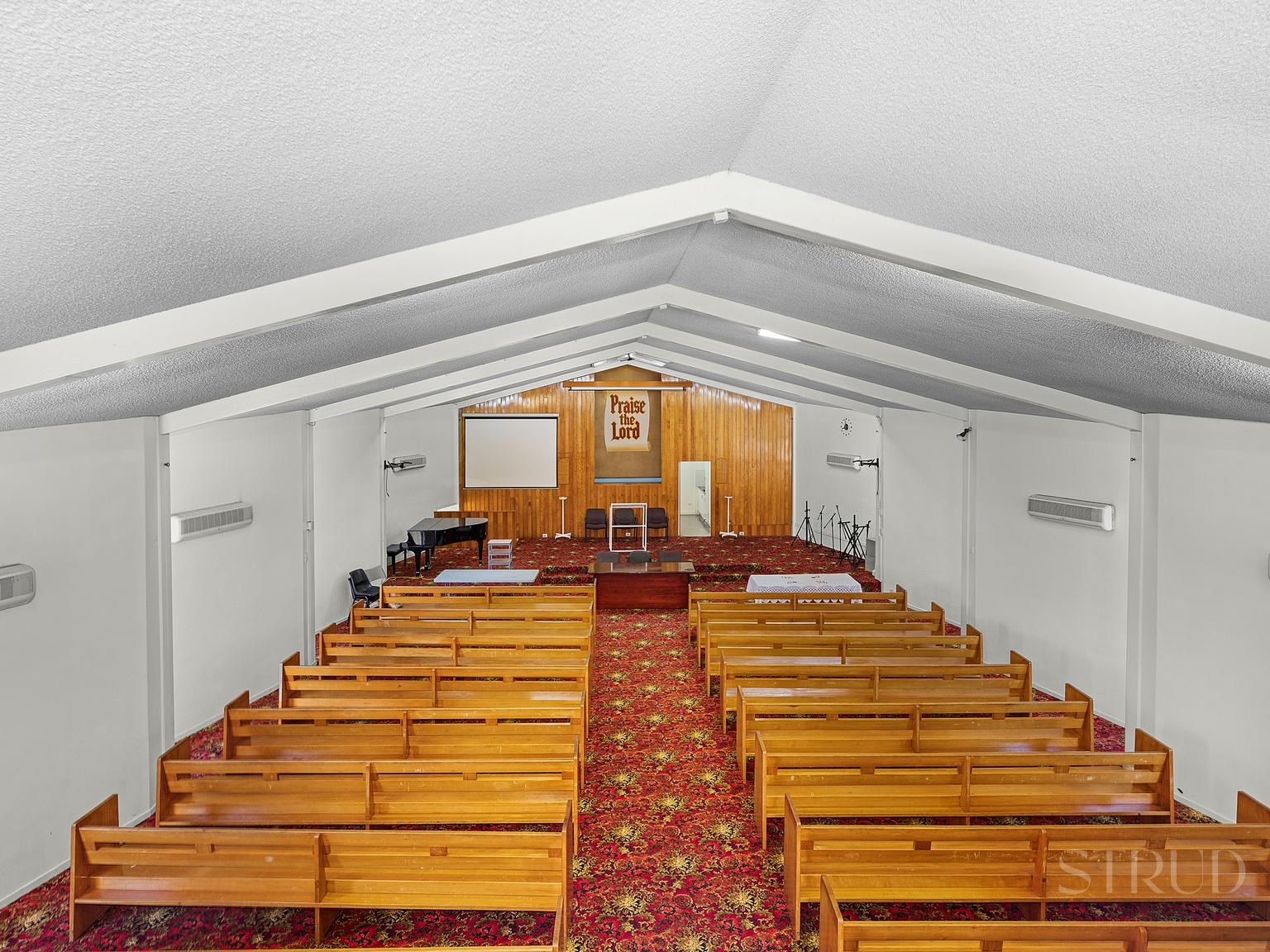 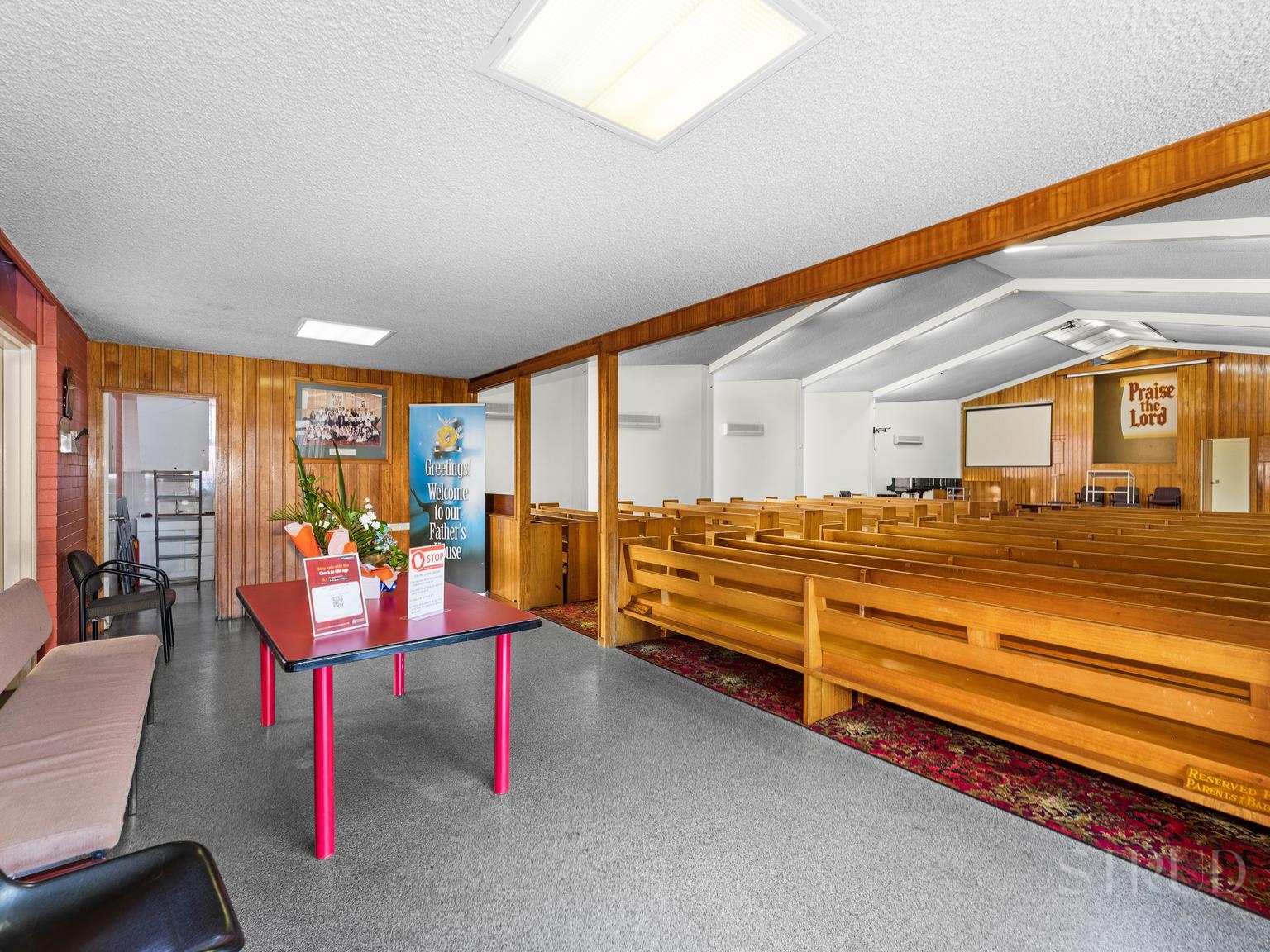 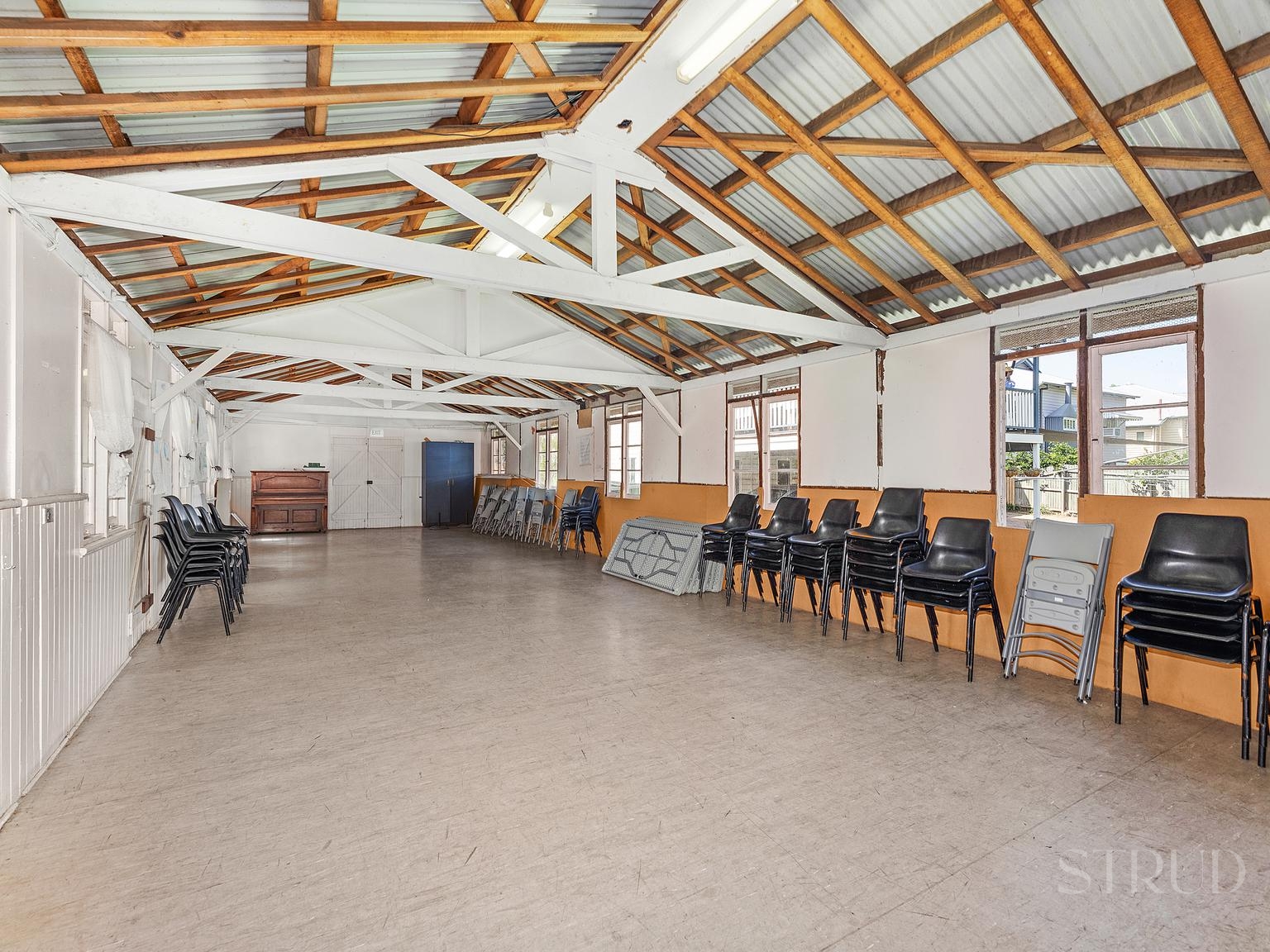 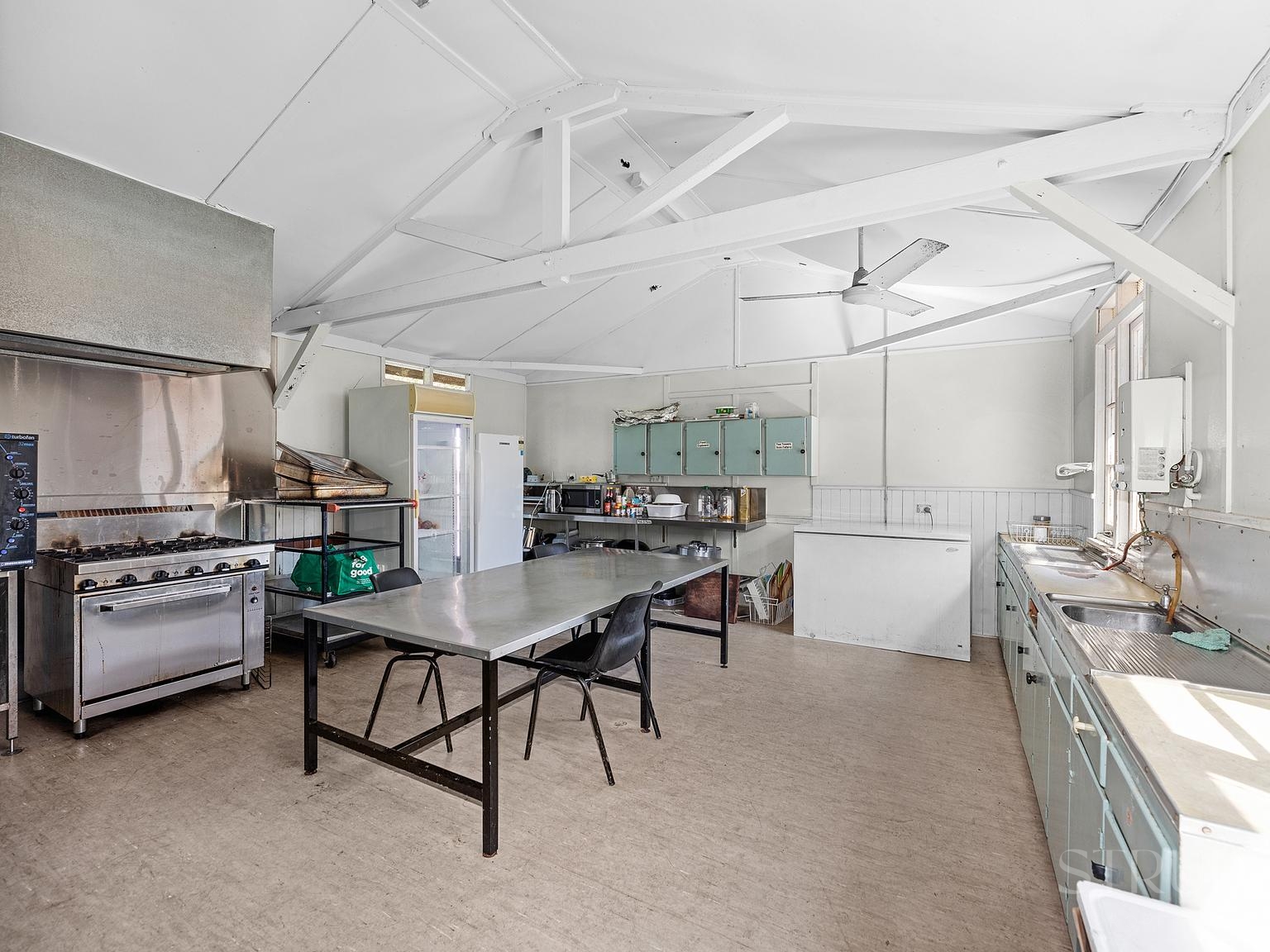 63 Brisbane Road is a rare opportunity in one of Ipswich’s most desired suburbs – Newtown.

Situated on 3,237m2 with dual street access & located only minutes from Ipswich CBD, this unique property consists of four buildings; The House, The Hall, The kitchen & The Church. These buildings have a combined 810m² under roof and each building presents so much potential to be renovated to add value for the future.

-THE HOUSE is currently providing accommodation for the caretaker of the property. The house can be tenanted, renovated or removed. Providing two bedrooms, a household bathroom, lounge & dining rooms, along with a study, this dwelling alone is a great asset with loads of potential.

-THE HALL was the original church which is now being utilised as a function’s hall. With just under 120m² of floor space the possibility of adjusting the floorplan to accommodate for another purpose remains open.

-THE KITCHEN consists of two separate rooms which include; the kitchen area & the dining/feast area. The kitchen has been known to be large enough to cook for up to 150 people, while the dining area covers just over 100m². This building has two entry points, either via the ramp, allowing for wheelchair access or via the patio area.

-THE CHURCH offers the largest floor space of all four buildings, totalling 320m² under roof. The control room and loft overlook the seating arrangements while the central place of worship sits before the stage. The majority of the church is carpeted and air conditioned with screens available for projectors. There are another four rooms behind the main stage and multiple exit/ entry points.

At almost an acre of land, 63 Brisbane Road is only 2.3km from Ipswich CBD’s Nicholas Street Precinct & close to three train stations on the Ipswich to Brisbane line, multiple public & private primary and high schools, shops and essential amenities. 63 Brisbane Road is located on a major arterial road, and this property is based in – what is arguably – one of Ipswich’s most desired suburbs.

Disclaimer:
STRUD Property has taken all reasonable steps to ensure that the information contained in this advertisement is true and correct but accept no responsibility and disclaim all liability in respect to any errors, omissions, inaccuracies or misstatements contained. Prospective purchasers should make their own enquiries to verify the information contained in this advertisement. 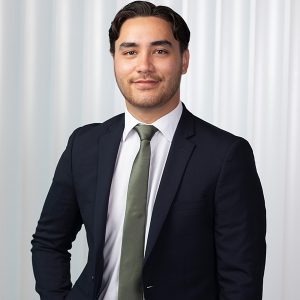 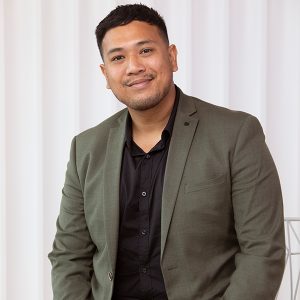 Want to know what your property is worth?